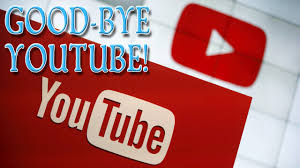 Not quite the level of the Hatfield’s and the McCoy’s feud but Amazon and Google have been going at it the last couple of months. It started a few months ago when Google pulled its programming from the Amazon’s Echo Show. If you are not familiar with the Echo Show, this is Alexa with a screen. At that time Google gave no reason for pulling the plug, but it appears that they were looking for a better negotiating position for their YouTube product. Not to be outdone, Amazon decided to stop selling Googles Nest  Thermostat and other Nest products. What could happen next?

Well, the feud continues. Yesterday a YouTube spokesperson announced that the company was withdrawing support for its service on both the Echo Show and, more importantly, Amazon’s Fire TV. YouTube will be pulled from the Echo Show immediately, and customers who own Fire TV will lose service as of January 1st, 2018.

“We’ve been trying to reach an agreement with Amazon to give consumers access to each other’s products and services. But Amazon doesn’t carry Google products like Chromecast and Google Home, doesn’t make Prime Video available for Google Cast users, and last month stopped selling some of Nest’s latest products. Given this lack of reciprocity, we are no longer supporting YouTube on Echo Show and FireTV. We hope we can reach an agreement to resolve these issues soon.

Is Google hoping that the threat of losing YouTube will bring Amazon to the negotiating table? Alternatively, will this latest shot cause a more protracted Hatfield and McCoy’s dispute? Only time will tell what these two heavyweights will do and how the Alexa and Fire TV users will respond.