Do you see anything different about the photograph above? Looks like an assortment of a popular candy that we have all had at one time or another. Well if we can take a closer look at exactly what is included in the making of these particular candy’s we would learn that they are not what they appear to be. They are cannabis infused delights. 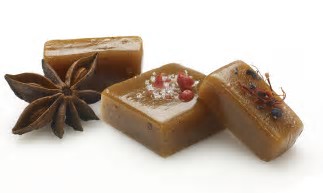 As marijuana use becomes more prolific not only for medical use but also for recreational use “edibles” are becoming an increasing popular way to consume THC. As a matter of fact edible and “oil” sales are outpacing the real thing in the Colorado recreational and medicinal marijuana market. And for good reason. It’s easy and quite stealthy. Would anyone think anything suspicious of you munching on a couple of Jolly Ranchers?

It’s not just brownies anymore but candy, drinks and all sorts of food stuff. These edibles seem like a great way for medical marijuana users to take their meds without having to resort to filling their lungs with dangerous levels of smoke. And for recreational pot users they can “lite up” seemingly anywhere. Let’s hear it for edibles.

Here are the 6 things to know about marijuana edibles
1. Edibles are a convenient and stealth way to get a dose of THC either for medicinal or recreational use.
2. Edibles come in a variety of forms including candy’s, drinks, butter’s, oils and other food stuffs.
3. They are not yet FDA approved and as such the ingredients and manufacturing are not always consistent.
4. The THC content, although usually stated on the packaging, is difficult to discern. The “high” from an edible may take hours to take effect and can last for many hours afterwards so experimentation is necessary.
5. Edibles are a driving force in the legalized marijuana market and are steadily being propagated to your local street dealers.
6. Greater scrutiny of edibles is inevitable. Whether it be through the FDA or by greater oversight of state and local government. 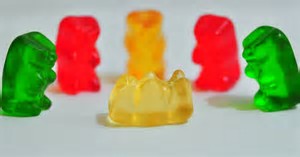 Some states that have legalized marijuana for recreational use are taking a closer look at cannabis infused edibles. Colorado recently initiated a ban on edible marijuana products that resemble animals, humans or fruits. There was a concern for children and the likelihood of them consuming products that resemble familiar foods. Washington State requires all manufacturers to have all their edible marijuana products be approved by state regulators before they go on the shelves.

Final note. If you are to consume edibles go small and go slow. And if you bring edibles home keep them in a safe place.